Meaning is co-constructed, in science communication and in art 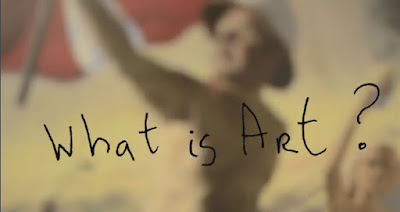 Those communicating science for a living are likely familiar with the criticism of “dumbing down.” It’s an accusation that suggests simplification is inevitably a bad thing, and that it is possible to communicate a message without in some way shaping its meaning.
More subtly, it also suggests that communication is a one-way street. It holds practitioners of science communication responsible for the meaning “the public” draws from a particular message: If  “the public” fails to get the message, it is that communicators did not get it across effectively.
The story, however, is more complicated than that. Scholarship about science in the public sphere shows us how. So too does the experience of encountering a work of art.

Scholars reflecting on knowledge and communication show that the “dumbing down” of scientific observations is actually part of the process of forming facts. Fleck and Whitley, for instance, clarify that observations in the laboratory come wrapped in uncertainty and contingency. And it is communication—amongst scientists, non-specialists, and other publics—that trim these complications away to produce a simple, stand-alone fact.

From media studies literature, we also learned that the process of communication itself is anything but a one-way transfer of information. Studying how audiences encounter televisual communication some three decades ago,  Hall and Morley showed that communication is an active process of meaning construction at both ends of the communication circuit: Producers encode meaning into a message by tailoring content such as language and visual metaphor for their intended audience. Then audiences decode the message according to their social, cultural, political circumstances, as well as their own knowledge and familiarity with the producer of the message.

Applying this encoding-decoding model to science communication and amplifying it to include all the individuals and institutions involved in the circulation of knowledge, we can see all communication and knowledge transfer as a mutual process of meaning construction. Communication is not a one directional arrow. It’s a web.

For many this argument may seem stuffy, even persnickety. It seems less so, however, if we draw a comparison to the way we encounter works of art. Philosophers—from Aristotle and the Ancient Greeks to more recent recent phenomenologists such as Heidegger and Merleau-Ponty —contend that the meaning of art is not a static and intrinsic property of a particular work of art.
Instead, it emerges from the work of art’s place in the world and from our engagement with it. When faced with an artwork, we bring to the encounter a life’s worth of social and aesthetic experiences that shape our reaction to it. Such history influences what we see in the art and how it makes us feel. And this, in turn, shapes what art means to each of us as individuals, and how we share and present art to others.


With this comparison in mind, then, we can see that criticizing science communication for “dumbing down” is a bit like saying a work of art is not art at all. Such criticism, as Hilgartner points out, is ultimately a political act that invokes a rigid hierarchy of expertise and restricts the distribution of cultural capital to certain individuals or institutions.
Art, however, will appear differently to every individual. Similarly, the language and metaphor of science communication will resonate differently from one person to another. Thus, these critiques ultimately detract from a more productive assessment of how effectively to communicate meaning, either through art or through science. Thus, if “dumbing-down” is part of the process of creating meaning through metaphor and reference to other social experiences, so be it. 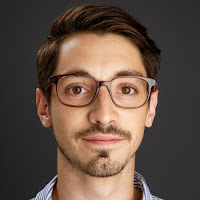 Brian Kantor is a recent graduate of University College London’s programme in science, technology and society. There he wrote his master’s dissertation about the production of knowledge within the BBC’s Horizon unit. This was his latest achievement in a career that blends academic and professional work in science communication.
Prior to his graduate degree, Brian worked as a multimedia professional for a number of years and studied sociology, anthropology, and environmental science as an undergraduate. Brian plans to begin a doctorate degree in science studies within the next few years.