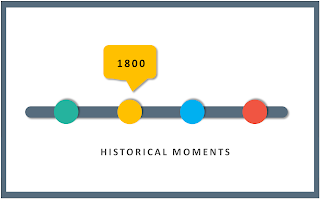 Italy, since the unification, became a country where cultural and political differences somehow learnt to cohabit. This was achieved, among other initiatives, by popularising science and medicine in order to educate the general public about matters of national interest. This popularisation was carried out by the combined effort of scientists, politicians and editors, and in different ways, these actors equally contributed to explaining to the first generation of Italians the meaning of living in a united nation. One of the leading figures that contributed to this change in the public reception of science in Italy was the neurologist, anthropologist and politician Paolo Mantegazza (1831–1910). 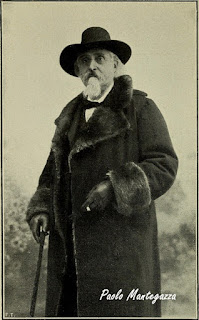 Born in Monza, a town near Milan, in 1831, Mantegazza studied medicine and science at the university of Pavia and then in Pisa. After graduating, like many others of his generation, he undertook a long period of travelling around the world especially in Europe (Germany, France and England) and South America (Argentina, Paraguay and Bolivia) where he worked as a surgeon. During those years, Mantegazza not only had the chance to encounter different cultures and ideas but also to conduct innovative anthropological and medical research. Returning to Italy in 1859, he started work as a surgeon in Milan where he slowly began to plan his future career. Mantegazza clearly understood the new direction science was taking in other European countries. The place of science was not limited only to a university or a laboratory, it was also the public square, among common people. Embodying this new spirit, in the early 1860s, Mantegazza started organising a series of evening talks about popular medicine for citizens of the municipality of Milan. The talks hosted by Ospedale Maggiore di Milano (Hospital of Milan) were designed to explain basic notions of medical hygiene to a popular audience. 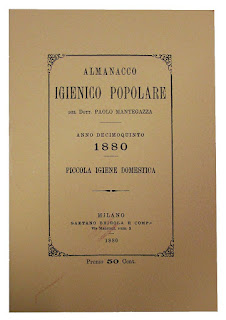 The dream of explaining medicine to a popular audience was carried on by Mantegazza with the publication of the periodical Almanacchi Igenico Popolari (The Almanacs). Published in 40 volumes from 1865 to 1905, Mantegazza’s almanacs has been one of the most successful series of books popularising science in Italy. One hundred and fifty–page long volumes, the almanacs had the aim of teaching italians basic medical notions to make them ‘doctor at home’. In the almanacs, Mantegazza provided precise guides on how to improve hygiene at home or at work, on how to preserve food, on how to use different types of soaps, how to cook certain vegetables or types of proteins or even how to use basic and natural medications. Besides the practical aspect, the other aim of the almanacs was political. Mantegazza saw the need to teach and show the importance of science and medicine to any citizen not only those with an education. As with other leading italian figures of the period, including the philosopher Roberto Ardigò and the father of criminology Cesare Lombroso, Mantegazza started advocating the teaching of positivism. In particular, influenced by the work of French anthropologist Paul Broca, Mantegazza recognised the importance of teaching science to the general public in order to create a better society.

This became a common theme in Mantegazza’s work and political activity. In 1865, Mantegazza was elected, for the municipality of Monza, as a member of the italian parliament. He served first in the parliament and then in the senate for over 20 years. For Mantegazza, politics was the only way to implement his medical ideas and vision of science on a national level. On 4 November 1880, Mantegazza gave a talk titled ‘La Scienza nell’Italia Nuova’ (Science in the New Italy) at the Istituto di Studi Superiori Pratici e di Perfezionamento (University of Firenze). In the talk, while celebrating the achievements of the young italian kingdom, Mantegazza clearly emphasised the need for the rise of national science in both its professional and popular forms, and without distinction between the two. The unification of the country started, for Mantegazza, a period of prosperity for the nation. However, this prosperity which was clearly reflected in the development of the italian economy, art and literature did not happen for italian science. This was because, he explained, italian politicians were unable to see the importance that science was acquiring in many other countries across Europe. italian science was lacking in foundation and scope. Therefore, Mantegazza insisted that scientific research should be largely supported by the italian government, especially via internal funding. This was because, he explained, the improvement of any scientific knowledge should be the highest aspiration of any civil society.

In 1881, Mantegazza advanced the idea to stop thinking about having a science of the right or of the left. Instead, he suggested creating a nationally founded science of the nation. In order to do that, he asked italian scientists to go out of their laboratories and museums to communicate and explain the message of science to everyone. On 1 January 1884, Mantegazza returned to this point in the first edition of the italian scientific periodical La Natura (the italian version of the far more famous English periodical Nature). In the article, he urged italian scientists to popularise their work in order to use science as a guide for society and to make it accessible to everyone.

In just over 30 years of constant work, Paolo Mantegazza contributed, like no other, to the establishment of popular science in Italy. His efforts to make science popular were conducted through various initiatives on both a professional and popular level. The study of Mantegazza’s life and work tells us part of the history of italian popular science but also, more specifically, shows how popularisation of science did not only contribute to the extension of scientific literacy but also to constructing a sense of national identity and cohesion in a country which was, for far too long, divided. Mantegazza’s call to reach out to the public, in particular, offers an insight into an early form of the public culture of science.

More articles about Historical Moments in Public Understanding of Science
Cristiano Turbil is a historian with an expertise in nineteenth and early twentieth-century British and European medicine and science. His current research is focused on the popular representation of scientific and medical ideas, with particular emphasis on the social and political reception of controversial public health campaigns in post-unified Italy. Cristiano is currently working as a teaching fellow in the history of medicine and science in the STS Department at University College London.