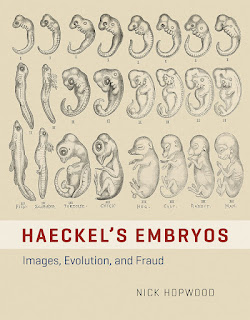 The book addresses one of the most intriguing and fresh topics in the history of science of the last few decades: the relationship between science and the visual.
Nick Hopwood, historian of science and medicine at the University of Cambridge, focuses on a single set of biological images over the long term, starting from the second half of the 19th to the 21st century, from Germany to the US. The protagonist is one of the most famous and anticlerical evolutionists of Darwin’s age, the German scientist-artist Ernst Haeckel (1834-1919), and his disputed drawings of embryos first were published in 1868. Despite allegations of forgery addressed to Haeckel over time (even in 1997!), his embryo images have been copied into high-school and college textbooks and used in classrooms. Thus, they widely survived, shaping biological knowledge until today – because, as Hopwood points out, “all successful images have stories of copying to tell”. Thanks to an impressive analysis of manuscripts, illustrations, and printed works the author exhaustively explains to the reader how an alleged forgery became a textbook classic.

Haeckel designed an effective visual comparative tool, a grid in which humans and other vertebrates begin identical then diverge toward their adult forms. As evidences of common descent, these figures were used as proofs of the correctness of the theory of evolution and in time they became true icons of evolution, copied and reused in different contexts, by different users. Haeckel’s embryos stand next to other visual science celebrities like the 1895 X-ray photograph of Bertha Roentgen’s hand with rings, the atomic mushroom cloud, the DNA double helix or the Apollo snapshots of Earth from space.

In 2016 Hopwood, principal investigator of a Wellcome Trust strategic award in the history of medicine on the theme Generation to Reproduction, won the Suzanne J. Levinson Prize for best book in the history of the life sciences and natural history. Undoubtedly, every historian of science dreams of writing a book like Haeckel’s Embryos once in a lifetime. Richly illustrated and divided into 18 chapters, we should read it as the children who used to peek at Haeckel’s books “with burning eyes and soul”. Hopwood perfectly shows how old images can shape current views and how scientific images succeed and fail, become taken for granted and cause trouble, gain acceptance and spark controversy. Therefore, this is not only a book about the history of a classic scientific image, but a book about survival and power of images in science, even today. 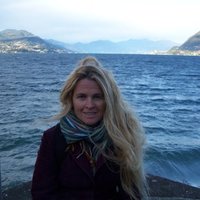 Elena Canadelli is a Historian of Science interested in visual studies in science, science museum studies, the history of evolutionary thought and the relationship between science and popular culture during the 19th Century. She is Associate Editor at Nuncius - Journal of the Material and Visual History of Science and author of several books and articles. She's editing a volume for the Smithsonian Institution Scholarly Press on artefacts, scientific museums and exhibitions along the XX century, to be published in 2017/2018.