By Jane Gregory and Guoyan Wang

Images on journal covers raise the citation rates of academic papers. According Wang, Guoyan and two of her graduate students, Cheng, Xi and Yao, Yuting, from University of Science and Technology of China, and Jane Gregory from the UK, papers published in prestige journals enjoy 120% of the citations of comparable research papers. However, when a research paper is represented by the journal’s cover image, the relative number of citations is over 200%.

Being published in these journals is good for citations, but being on the cover is even better. 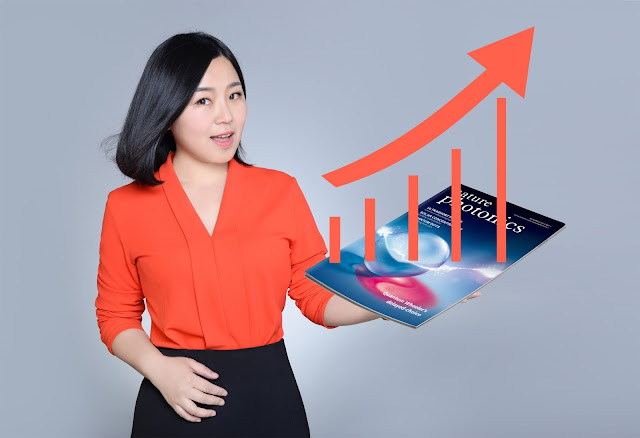 Expressing science through images is a long-standing practice. Among the various senses of human beings, the sense of sight can receive much more information than the senses of listening, smell, taste, or touch: over 80% of the total amount. Human beings are visual creatures.

In the 1930s, philosopher Martin Heidegger proposed that we are moving toward an era of the image. Now, whenever we look at mobile phones, computers, TV, books or magazines, we are inundated with images. We might guess, however, that in the Ivory Tower, we would preserve our verbal texts for scientific research.

However, this study suggests that this is not the case. Periodicals are generally carrying images, especially on the cover. The more influential a periodical is, the more likely it is to have images on its cover. There are disciplinary differences too: the rate of image-based covers rises through the sequence: mathematics, observational astronomy, physics, chemistry, and biology. And the rate is higher in applied sciences than in basic sciences. The rarity of images on the covers of mathematics journals is not a consequence of its content: after all, fractal art, chaos theory and the golden section all originate from mathematics. 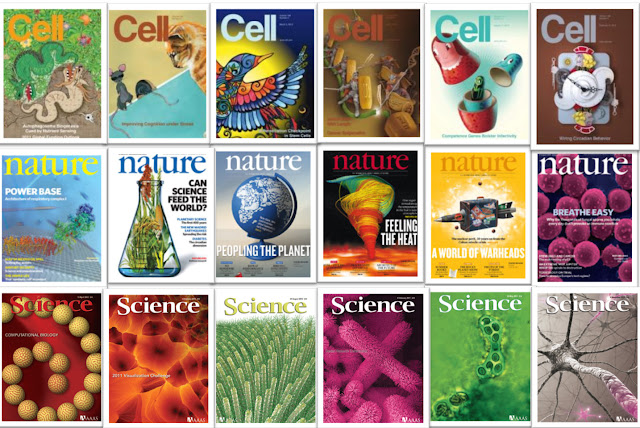 The international and prestigious periodicals Nature, Science and Cell have used not only scientific images on their covers, but also visual art about science. The covers could easily catch the eyes of users when visiting the website. In most cases, there is a research paper or special topic behind each cover story. However, the author of paper often does not create the cover image: most of them are created by a third-party artist. In the Department of Science Communication in USTC, there is a professional team that works on such science visualization.


So, scientists looking for citations should be alert to the power of the visual, and look out for potential cover images – or budget for a visualization professional in their grant application.

Xi Cheng and Yu-Ting Yao were postgraduate students in Department of Sci-Tech Communication and Policy, at the University of Science and Technology of China, until 2015. They undertook the empirical work and processed the data in this article. Xi Cheng is now a PhD candidate.