Visual thinking, doodles and the hand-drawn path through science

Science has always benefitted from the use of visualization. We can almost say that since the very beginnings of enquiring into nature in the 17th Century, producing visuals and images to describe phenomena and explain theoretical models has been intrinsic to science.

Today, the evolution of advanced software tools allows researchers to generate a huge amount of visual content, such as high-definition pictures and 3D realistic models of microscopic structures. Nevertheless, simple, hand-made drawing even in its most basic form is still fundamental in science understanding and communication.

From the drawings of the magnetic fields lines by Faraday to graphical representations of atomic orbitals and chemical bonds; from the sketched lines and ellipses, Kepler used to describe planetary orbits to the original phylogenetic tree first drawn by Darwin on his notebook. Now, as then, scientists imagine new relations, test ideas and elaborate knowledge through doodling, sketching and tracing charts and graphics.

As this study underlines, an increasing body of evidence supports the idea that visual literacy should be part of a researcher’s toolkit as a way to construct and record knowledge, reason on measurements and observations, deepen comprehension and encouraging further investigation, and communicate science by sharing their representations.

Some scientific support to the visualization case

But why is visualization, and increasingly so, important to science? To answer this, let me apply some scientific data.

Humans have been communicating with each other for approximately 30,000 years, 10 times longer than the use of written words. This is why our brain is “hard wired” to process visual information.

Images, videos and infographics are spreading so much because they simply help people make sense of a great amount of information in few instants.

As for science, the huge volumes of data generated in these years have made data analysis and visualization a central point of scientific research. In fact, nowadays most of the research on how to communicate and organize large datasets to facilitate clear thinking involves graphic artists, information design specialists and visual cognitive scientists.

What is visual thinking and how can it be used

Visual thinking methodologies to synthesize ideas and concepts put together traditional handwritten notes with drawings, symbols, frames and other creative elements in a structured layout. The result is an engaging map of ideas with clear visual cues. 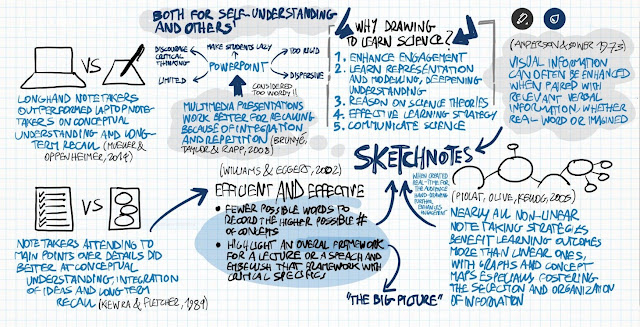 By combining visuals with relevant verbal content in a non-linear structure, visual thinking allows fostering the selection and organization of information. According to the definitions set by this study, this “universal language” is both efficient (using fewer possible words to record the higher possible number of concepts, relying heavily on imagery to represent ideas) and effective (highlighting the overall framework of the topic – the “big picture” – and embellishing that framework with critical specifics) for memorization and long-term recall, comprehension and connecting ideas.

Visual thinking can be used for personal visual note-taking, creating the so-called sketchnotes, as well as for capturing in real-time key concepts from conference sessions on sketchnote boards to give attendees a visual summary of the insights at a glance, in what is called scribing. Being hand-drawn, this mode of representation outperforms laptop note-taking on conceptual understanding and long term recall. When it is created real-time for the audience, it further enhances engagement. 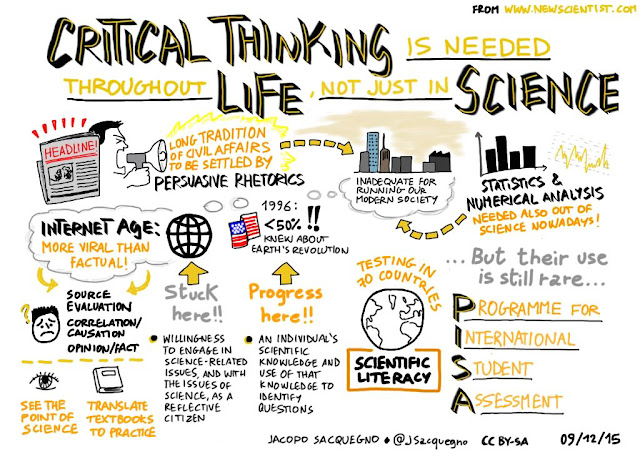 But there is more. Visual thinking is a very versatile tool and the science communication and outreach field may find many applications in it. For example, it is perfect for creating non-linear, multimedia presentations. This study, among others, has shown how multimedia presentations, mixing verbal content and video/images, work better for recalling information than presentations using text only and sometimes also images only, because of information integration and also repetition.

Moreover, recent observations have warned presenters and speakers on the use of PowerPoint. Linear presentations like these, often overloaded with written content, are too rigid and do not favor further reasoning on the subject; do not encourage “out of the box” reasoning, and let the audience rely too much solely on the information contained in the slides.

Using visual thinking to create presentations overcomes both these issues, strengthening visual aids with a limited amount of written content and creating non-linear, more Prezi-like style content frames that help navigate through the context in a non-rigid way and encouraging connections between ideas.

The case for visual abstracts

There is a recent trend among scientific journals to use visual communication in order to deliver research contents, methods and results in a more engaging, easy to catch, clear and memorable way both to the public and other scientist colleagues. Visual abstracts are one of the best examples of this, and their success has been scientifically tested.

In this article, the author and member of the editorial board of Annals of Surgery show how the introduction of visual abstract for their journal’s articles posted on Twitter increased by 2.7 times the number of article visits, by 8.4 retweets and 7.2 tweet views. Another case study is that of “cartoon abstracts” required by Taylor & Francis Publishing Group journals. Using the visual format of comic strips, they add an element of visual storytelling, which further increases engagement in the reader: “cartoon abstracts have generated over 12,000 extra downloads for articles published in journals which range across the sciences, technology, and maths. With the authors represented through characters in the cartoon strip, they’re also a useful networking tool among peers”.

The reaction on social media sharing of these abstracts reflects their ability to communicate science and research to a broad audience in an accessible and funny way. What’s more, these visual abstract can easily become beautiful posters to show at the next conference. 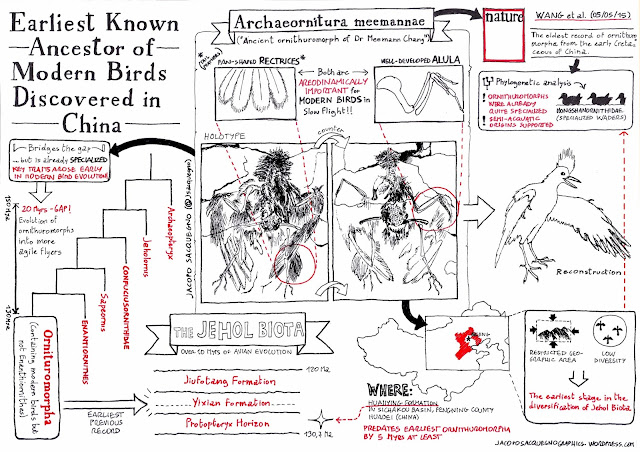 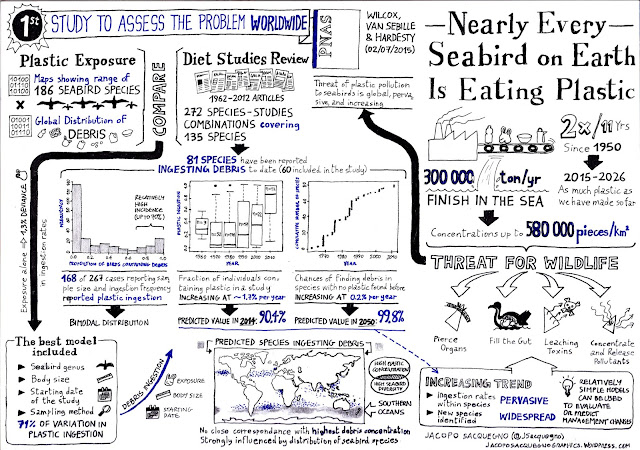 In this sense, visual thinking can easily become a format to create a visual abstract in a synthetic and illustrative way, mixing the element of visual storytelling and cartoon-ish illustration of a comic with the idea-connection and logic of a concept map. Telling the stories, practices and concepts of science and research through visual thinking makes them easy to understand and accessible also for those who find them tough to grasp, allowing therefore to reach a wider audience. Visualizing in this way the methods and results of a scientific paper or a long collection of evidence such as a scientific review is also useful to give fellow researchers new perspectives in a clear and brief visual summary. 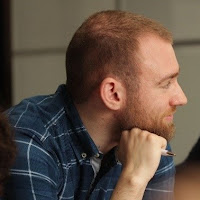 Jacopo Sacquegno, MSc in Molecular Biology and still passionate about natural science, is a professional visual thinking practitioner. He works with companies and professionals in the most diverse fields, but his primary mission is to use doodles and concept maps to facilitate science understanding, research and communication. You can see a collection of his work on his website or follow him on his Linkedin, Instagram or Twitter profiles.