Beyond facts and lies: Science in a post-truth era

Last week, I attended the annual lecture of the School of Communication, Education and Society at King’s College London, where Guardian columnist Jonathan Freedland talked on the highly timely topic of “Post-truth, lies and fake news.” While the talk was stimulating, it led me to think that more caution is needed in defending science as truth. 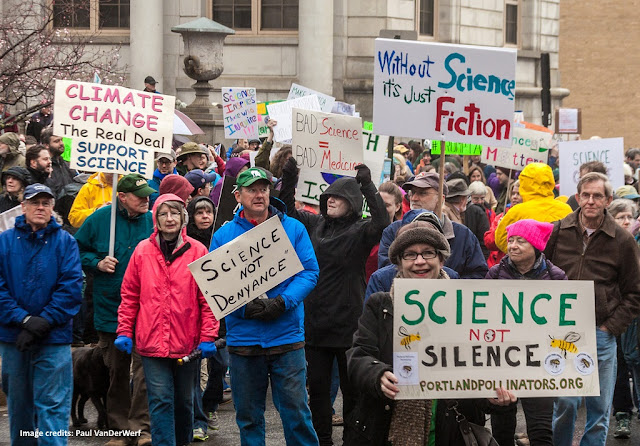 As a political reporter, Freedland is highly opinionated and critical, but at his talk at King’s he addressed us as partners for a common cause. While journalists and academics differ in emphasis and interest Jonathan argued that fake news is a common concern. The prime example for the contestation of scientific facts is the denial by the US administration of anthropogenic climate change. Yet Feedland cited the manufacturing of doubt in smoking effects, the MMR vaccine, even the Holocaust, as preceding the current dissemination of “alternative facts”. Presented at King’s as an esteemed centre of scholarship, he called for joint alertness on the side of journalists and academics in promoting the value of factual knowledge.

I agreed with his arguments regarding fake news but less so about science and truth. Studies of scientific language show that scientists tend to qualify their claims rather than present them as the final word. Thus, Ken Hyland argued that to be taken seriously, experts must display their competence as disciplinary insiders, and project a shared professional context. This projection involves the balancing of claims for the significance, originality and plausibility of their work against other researchers who may disagree. Qualifying results does not present them as subjective, partial or alternative. Rather, to establish findings as facts researchers need to make space for contrarian view-points.

That is not to say that scientists do not promote their research as reliable. Scientists are often pressured by their institutions to “sell” their findings and demonstrate their societal impact. But we should not conflate confidence in argumentation as truth claims. In a study that I published with Alexandra Georgakopoulou we examined news interviews with scientific experts broadcast live in the Israeli media. The interviews, conducted in the current affairs program London et Kirschenbaum, invited scientists to discuss their research or provide expert advice on the affairs of the day. We observed that while they guarded claims to authority and presented their findings as newsworthy they also distanced themselves from any idealized or exaggerated claims of expert omnipotence. Their stories often presented research as an ongoing quest rather than as promising future discoveries or applications.

While smoking is now established as the main cause for lung cancer, other issues have been debated for decades. Consider obesity for example. Alerts made by experts regarding the “obesity epidemics” and its health outcomes are challenged by evidence and calls to prioritise exercise over dieting. The BMI (Body Mass Index), used to classify individuals as obese, has been questioned as predictor of health outcomes. Despite a growing consensus among scientists and policy makers that over-weight is caused by marketing and promotion of unhealthy foods, many people blame the eating habits of obese persons. Nutrition research does not have to be “true” to diagnose problems, guide policy and present new insights on public health.

The confidence that scientists show regarding climate change, evolution and vaccination is the exception rather than the norm. Consensus-building around these issues responded to their public contestation rather than scientists’ need to say the final word. Science is worth defending for what it is: Exploring nature, producing technologies, a source for innovation and jobs and a rational perspective on health, society and the environment. By equating science with truth we argue over a strawman that fake-newsers established rather than what scientists actually do and why the public should value of their work. 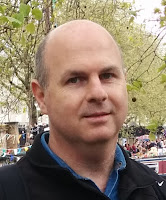 Rony Armon is a Research Assistant at the School of Education, Communication and Society at King’s College London. He studies science and health communication in broadcast media interviews with scientific experts. You’re warmly welcome to connect, have a look at his research output and follow his science-in-the-media tweets.