What counts as success in public engagement with science? 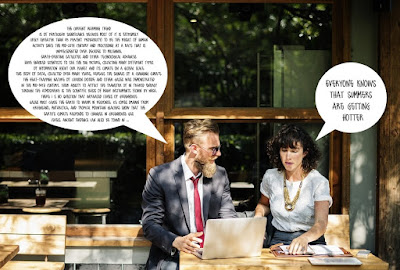 Notably, not all of the goals converge, and observers with different ideas about what counts as good public engagement with science might draw entirely different conclusions about an event or interaction. For example, imagine two people responding to a blog post that expresses doubt about the scientific consensus on climate change. One person bluntly asserts her belief in climate change because “everyone knows that summers are getting hotter,” while the other person offers a detailed justification for her dissent from the scientific consensus, supporting her argument with scientific papers and even primary analysis of satellite data (this may seem implausible, but is drawn from the actual experience of one of the authors). If you define success in terms of the accuracy of the conclusions reached by the two participants, you might consider the first person successful. If your definition focuses on the depth of engagement with scientific literature and scientific data, you might consider the second person successful. If your definition focuses on the motivation to voluntarily engage with science-related issues and information, you could claim both were successful. However, if your definition focused on the capacity of laypeople to appropriately account for both expertise and evidence in their engagement with complex science topics, you might call both people unsuccessful.

Although there have been numerous attempts to categorize public engagement activities, we are not aware of a published account that focuses specifically on the different ways in which success in public engagement with science can be conceptualized, measured, or evaluated. In this blog post, we present a simple framework for classifying various dimensions of success, as well as related goals for public engagement activities. Our analysis is intended to be descriptive rather than normative: we are not arguing that successful public engagement should be measured in all of these different ways, merely that it might be measured thus. Readers will not find any measurable criteria for success below. On the other hand, our analysis may help them understand their own goals and criteria for success, and the ways in which their goals differ from others. In other words, clarifying the different dimensions of success can help readers reflect on the normative assumptions that underlie their current definitions of success, ultimately enabling more thoughtful research as well as more precisely targeted interventions.

Our framework consists of three dimensions : 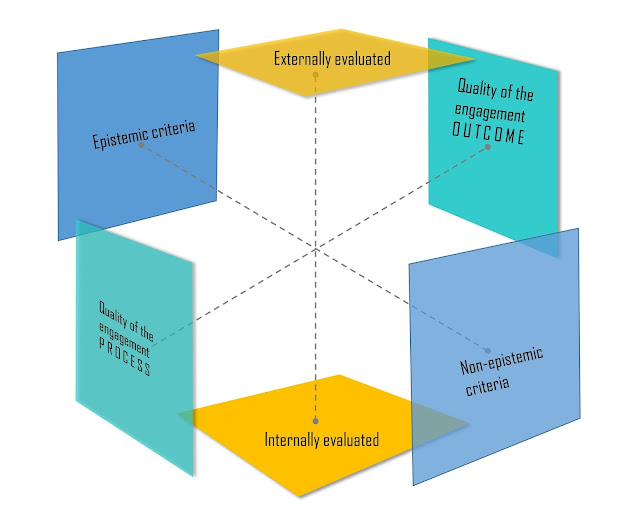 1. Is success evaluated internally, by the people engaging with science, and/or externally, by observers or sponsors?

Relatively little research considers whether people engaging with science consider their own efforts successful or are satisfied with the outcomes of their engagement. Yet it is their evaluation of their own success, perhaps more than anything else, which determines whether they will continue engaging with science, whether their engagement with science will deepen or come to an abrupt end, and if/how they will engage with science in the future. We expect that individuals and groups have a wide range of criteria for evaluating their own success, from the detailed and explicit to the intuitive and implicit. These criteria may overlap with the criteria adopted by scientific communities or differ from them. For this dimension of our analysis, the key question is not how people evaluate their success, but whether and to what degree their own evaluation (vs. an observer’s or researcher’s evaluation) is identified and accepted as meaningful.

2. Is success conceptualized in terms of the quality of the engagement process and/or by the outcome or result of this process?

Some research that addresses public engagement with science emphasizes the quality or integrity of the engagement process, whether that process is understood as individual (e.g. evidence-informed decision-making) or social (e.g., seeking out particular sorts of expertise and assistance). Other research emphasizes the outcome: Does a person or group of people know more about a scientific topic, or accept a particular scientific consensus? Do they adopt or avoid a particular health-related behavior? Do they better understand a science-related issue, or have a more positive attitude toward scientists and scientific research? Although each of these outcomes can certainly be interpreted as part of a larger process, they are often interpreted to be the results of engagement.

At its most simplistic level, this framework can be thought of as a 2x2x2 matrix that may help sort out the explicit as well as the implicit aims for public engagement with science. It could be applied to evaluate programs, plan new public engagement activities, or study the aims and goals of actors engaged in these types of activities. The three dimensions of the framework might also be useful for identifying aspects of success that have been ignored or overlooked in studies of people’s engagement with science. Yet the framework and its dimensions should be understood as analytic simplification with characteristic weaknesses. Other dimensions, or other ways of conceptualizing these dimensions, are easily imagined. There is vast heterogeneity within each dimension. Perhaps most importantly, we have outlined each dimension in terms of a contrast – between processes and outcomes, for example – but in no case are the two “ends” of a dimension mutually exclusive. Indeed, we believe that the richest and most fruitful evaluations of success in public engagement with science will mingle process and outcome, internal and external judgments, epistemic and non-epistemic outcomes.

Nevertheless, we offer this framework as a useful starting point, a tool that we believe will be valuable for revealing unspoken/ hidden aims of public engagement with science, for researching its live enactments, and for critiquing programs and policy documents. We hope that others will test, refine, dispute, and improve it further in the years ahead.


This blog post is a product of PESO2017 – Public Engagement with Science Online, an interdisciplinary, international research workshop of the Israel Science Foundation, exploring interactions between sciences, publics and social media. It took place at the Technion – Israel Institute of Technology June 25th to June 28th, 2017.