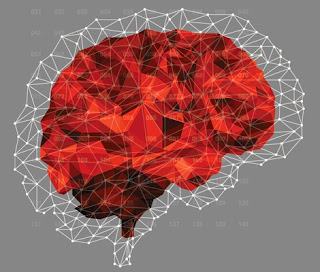 Bringing lay agency into decision-making and demonopolizing scientific expertise seems to have become an urgent matter for Europeans. In this article, we focus on the question in which countries and among whom, such democratization of science is found.


If new terms such as ‘post-fact’, ‘post-truth’, ‘alternative facts’, ‘anti-science’, and ‘fake science’ indicate anything, it is that modern post-industrial societies are characterized by a skeptical and suspicious attitude towards science. Yet, in the face of this looming skepticism, there are also strong indications that the publics of these countries nowadays embrace science as never before.
They do so in two ways.

Members of the public demand more democratic control of science.
For instance, a Dutch campaign called the “Dutch National Research Agenda,” which started in 2015 and continues to date, sets an aim to consolidate research efforts in order to shed light on scientific questions that provoke acute public concern.

Members of the public like to take part in the production of scientific research and knowledge itself.
The most notable examples are SETI@home (Search for Extraterrestrial Intelligence), the University of California, Berkeley initiative utilizing citizens’ personal computers to detect intelligent life outside Earth, and the Einstein@home project which is supported by the US National Science Foundation using the same principle of distributed computing to detect gravitational waves.

There are two main questions that we tried to answer in our most recent paper “Science to the people: A 32-nation survey”.
While in this blog post we cannot explain all the findings and arguments made in the paper, we highlight three major findings of our paper below.

That the democratization of science seems to be more prevalent in more advanced, democratized countries seems almost tautological. Indeed, in many countries, science policy is moving to a new phase in which lays are demanding a role in the evaluation and the validation of scientific findings and serious efforts are undertaken to democratize science altogether (see for instance Jasanoff, 2003).
It should come as no surprise that in our article, we show that there is a considerable correlation between country-level democratization and levels of public participation in science and levels of public support for democratic control of science.

While the foregoing may be informative, it does not show which individuals in these countries are more inclined to demand control of science and participate in science. While we studied a multitude of factors (age, gender, class, family background), here we focus on two factors that are of particular importance: Education and (below) institutional alienation.
Educational level can be seen as an important explanatory factor. We found that the higher educated more often take part in scientific research than the lower educated do. This may be explained by the idea that the higher educated can reflexively deem themselves to be well equipped to take part in scientific research. After all, they are much closer to the scientific community, and presumed to be better able to advance and address the shortcomings in research.
With respect to educational differences in support for democratic control of science, there is a different story to tell, however, as no differences have been found. This indicates that the lower educated, equally demand democratic control of science. As they are suggested to be more distant from the scientific realm, they may have reasons to claim more control of science as well. These reasons relate to feelings of institutional alienation.


Institutional alienation and democratization of science

Various observations on groups that are commonly understood to be “adversaries of science” suggest that feelings of institutional alienation actually lead such groups to participate in “scientific efforts”. Whether it is research on ufologists, conspiracy theorists, or even members of the public at large, those who are alienated from scientific institutions do not abstain from scientific inquiry altogether. Instead, they try to ‘improve’ on scientific production by participating in science themselves, and underscore the importance of democratic control of science more forcefully.
In our study, we found that those with the highest levels of institutional distrust in science are more supportive of the idea of democratic control, and at the same time put science into practice themselves. These patterns, however, are less pronounced in more democratized countries. In other words, the more democratic a nation is, the less those who are institutionally alienated from science demand a role in the scientific process.

Science to the people

In short, our study indicates that in more democratized countries, more people are actively engaged with science. Our findings indicate that democratic nations harbor publics which demand more control over scientific institutions, and who are also more willing to put science into practice. As for the case of science, bringing lay agency into decision-making and demonopolizing scientific expertise seems to have become an urgent matter, since half of the European population believes people’s opinions in this realm should be taken into account, and 4 out of 10 reported having some personal experience of engaging with science.

That alienation of scientific institutions less strongly affects support for democratic control and public engagement in science in democratic countries could be the effect of the success of democratization itself. In countries with high levels of democratization, those who are highly critical of science institutions might feel assured by the idea that in these countries there is actually more democratic control of scientific activities and people are more directly engaged in science, which, in turn, yields a less strong demand for even more democratization of science.
Future research should be able to shed light on this.

Kirils Makarovs received his Master’s degree at the Faculty of Social Sciences, National Research University Higher School of Economics, Russia, and now he is doing his PhD at the University of Essex. His research interests lie in the field of sociology of science, science governance, and quantitative methodology.

Peter Achterberg is professor of sociology at Tilburg University. His research interest lie in institutional trust and religious, political and cultural change. More information may be obtained through his personal website: and his twitter feed:
Follow @_peterttofu89