When science and journalism interactions cross language and socio-cultural boundaries

By Ayumi Koso and Euan McKay

When you visit a country for the first time you often suddenly become aware that the norms and values you bring with you are not necessarily shared with that society. So what happens when science and journalism interact across socio-cultural or language boundaries?


Science communication literature suggests that the relationship between science and journalism has changed over time. Earlier literature found that there is a distance between the two cultures as scientists preferred to talk with their colleagues more than with journalists. Later findings based on surveys conducted in five countries showed that the separation was not as large as suggested because scientists were interacting with journalists much smoothly and frequently than previously thought. More recently, science has become more oriented towards media as expressed in the term ‘medialization’ of science, with increased numbers of professional staff employed at scientific institutions to disseminate their scientific output. 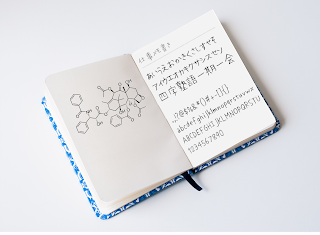 However, much research is founded on interactions within a single socio-cultural context. Whether such transitions are happening for science and journalism interactions that cross socio-cultural or language boundaries needs exploration. Studies of how English-language science communication is developing in countries such as Japan, South Korea, and China where English is a second language may provide insights into such interactions between science and journalism.

In Japan, modern science communication, the promotion of dialogue between scientists and the lay audience in the Japanese language became popular in the mid-2000s. In contrast, the recent rising need to reach out to a global lay audience in the English language has been fueled by government initiatives to raise the global visibility of Japanese science. In addition, several indices suggest that Japan is losing its position as a science powerhouse. A study showed that compared to the 1990s, the rate of journal publications decreased in Japan in the 2000s. While the number of international collaborative projects are increasing worldwide, scientists in the US, UK, and Germany are collaborating less with Japanese scientists. More recent figures show that Japan’s production of scientific papers has continued to decline between 2012 and 2017 and this trend is observable across all major scientific disciplines.

To support the research excellence of a select group of Japanese universities and research institutions, the government has launched two, 10-year funding programs (“The Top Global University Project”, “The Program for Promoting the Enhancement of Research Universities”) between 2013 and 2014. In the two programs, English-language science communication is seen as a tool to raise the global visibility of Japanese science, strengthen the research performance and competitiveness of Japanese universities and research institutions, and attract potential collaborators, faculty, and students.

Japanese universities and research institutions communicate their science in English predominantly through interactions with international media. To compensate for the lack of experience relating to international media, these organizations have increasingly hired English-speaking science communicators and practitioners. However, the communicators are not necessarily well-versed in the Japanese language nor the university/research institutional culture and these socio-cultural differences cause friction within the organizations. In addition, anecdotal evidence suggests there is a tension between science and journalism; Japanese scientists are less confident in their English language skills and are reluctant to interact with international journalists or do not see the benefits of communicating their science beyond Japan.

In general, all of the organizations were more concerned about communicating their scientific achievements to a domestic audience through national-level and local media. Some universities were interacting with international media, but the motivations came from within the organizations and not from outside, and in some cases from the press officers themselves. For example, one press officer noted that there was no push from the government to reach out to a global audience, but the university saw international reporting of their scientific achievements as leveraging their global visibility and attracting students and faculty from outside the country. Some even mentioned that since most of their funding comes from the government, they are obliged to focus initially on domestic media, and there is no desperate reason for researchers to promote their research globally.

Ayumi Koso is project assistant professor at the National Institutes for the Humanities in Japan and visiting researcher at the National Bioscience Database Center, Japan Science and Technology Agency. She is also the co-organizer of Japan Scicom Forum. Her primary research areas are institution-level science/research communication in Japan and Asia. Ayumi has been exploring science communication in the context of cross-language and socio-cultural boundaries as part of her research project supported by the Watanabe Memorial Foundation for the Advancement of New Technology.
Follow @iyoumek

Euan McKay is project assistant professor at the University of Tokyo, where he leads the university's international communications strategy and occasionally teaches on East Asian history and diversity-related topics. He has eight years' experience working in science communications at the University of Tokyo. His recent research focuses on crowdfunding, and on the intersection of science communications and minorities including the participation of sexual minorities in STEM fields.
Follow @euanmckay