When, why and how did the history of risk communication arise ? 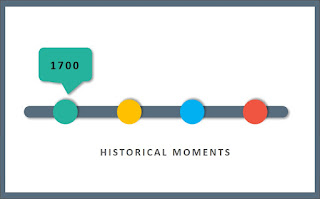 Risk communication is today at the core of many studies in science communication, which increasingly needs to deal with the uncertainties related not only to natural disasters such as earthquakes or tsunamis but also to new technologies [1,2]. This literature reflects on how we communicate and how we should communicate risk, how people perceive it and what are the most effective practices to pursue.

But what about the history of risk communication? When did it first arise, how and why? As many scholars have demonstrated, the 18th century is a turning point in the conceptualization of risk [3,4,5], due both to a new understanding of natural catastrophes, strongly influenced by the 1755 earthquake in Lisbon [4] and to the mathematization of chance, thanks to emerging theories of probability [6,7,]. But the communication of risk to non-experts during these decades remains a field wide open for exploration.

The intent of this article is precisely to investigate such history, paying particular attention to the communication of risk as a probabilistic event. I will show that in the late 1700s, savants were already discussing the best ways to talk to the public about risk and small probabilistic values – and specifically, about the hazards of an impact between comets and the Earth.

In 1773, French astronomer Jérôme Lalande stated that it was ‘possible’ that one day a comet would hit our planet or come too close. As is well known, the statement caused widespread fear and panic, as Parisians instead understood that such an event was likely and even imminent [8,9,10,11,12]. However, no one has yet focused on the aspect of this story that interests us here. 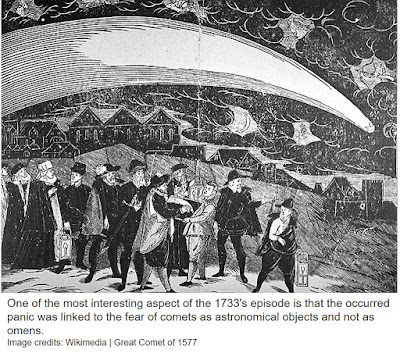 In Ampollini I [13], one short paragraph is devoted to this aspect. I have treated it extensively in my doctoral thesis Ampollini I [13], that is, the concomitant emergence of a debate about risk communication. The great extent of the Parisians’ concerns, in fact, forced men of science and men of letters to question the reasons of such a great alarm and the discussion ended up focusing exactly on the problem on how to communicate risk and probabilistic values. To my knowledge, it was one of the first times – if not first tout court – that French savants dealt with the issue.

Like Lalande and his colleagues began to realize, a broad spectrum of complex issues was emerging within the framework of the modern astronomy and its relation with the public of nonexperts. As the ‘renewed fears’ were revealing, several urgent questions need to be addressed. First of all, the difference of understanding of concepts such as ‘not impossible’ or ‘possible’ among men of science and laymen; second, the importance of the perception of the amplitude of a risk, as opposed to its actual probability and finally, the effect of ‘scientificity’ of probabilistic values’ calculation on the perception of the reality of a danger.
This case study set in 1773 shows how difficult the encounter between scientific and ordinary language can be, making it one of the challenges of risk communication, then and now.

Read the related article 1773: France starts to discuss how to communicate risk

Ilaria Ampollini has completed her PhD in History of Science. Her research interests focus on the history of science communication, with particular regard to the XVIIIth century. She currently works as post-doc researcher at the University of Trento on a 3-year project concentrating on the communication of scientific research, funded by the Province of Trento.