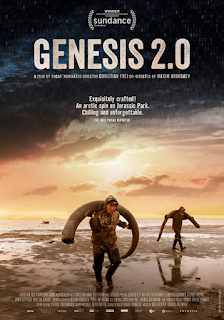 “Ask a scientist about Hollywood, and you’ll probably get eye rolls. But ask someone in Hollywood about science, and they’ll see dollar signs: moviemakers know that science can be the source of great stories, with all the drama and action that blockbusters require” – Randy Olson

Why such a contrast between experimental result and film project? Why is a negative result the killing point for a good science publication? And how can a filmmaker convert this negative result into a great film? The answer clearly lies in the magic of storytelling.

Oscar-nominated Christian Frei centres Genesis 2.0 around the possibility of creating a real-life “Jurassic Park”. If we analyse the film from a “scientist’s eye view”, the film is constructed around two plots:
One of the main differences between scientific reporting and film storytelling is the selection of the events that each world (science and film) includes and the order of these events. For most scientific reporting, the events are facts lined up following the organizational structure, IMRAD - Introduction, Material & Methods, Results and Discussion [4]. Such reporting does not include two essential elements, ‘a human protagonist’ and the ‘obstacles’ that such protagonists face and seek to overcome them, the so-called hero’s journey [2].
The good filmmaker adds a human dimension to the story. As Frei mentioned “I'm interested in people's visions and dreams and conflict and daily lives and restrictions and handicaps and struggles.” The film is not a pile of sundry facts about field-work, lab-work and results, but about people doing the field-work and lab-work.

Science is permeated with story, but science publications are usually not, so that science communicators must rethink their art. If I could modify the usual organizational structure of IMRAD, I would add an overarching section called ‘human dimensions of research.’ This would be the superstructure for scientists to tell their tales about weaknesses, dreams and obstacles that they faced during their research. Scientists would use their words to paint stories of their research just as a good filmmaker relies on images. Storytelling scientists would finally be able to impress us with their important messages [3,1]. 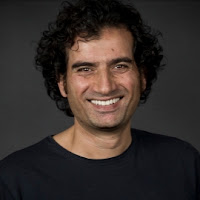 Samer Angelone is a filmmaker and scientist, and holds a Ph.D. in biology and Master’s degrees in film studies and film direction. He teaches filmmaking courses at numerous universities, research institutes and film festivals (e.g. Locarno Festival and Visions du Réel Film Festival). He is the founder of the Global Science Film Festival and has directed several fiction and documentary films . He sits on the jury at prestigious film festivals (e.g. Cinemambiente Film Festival, Planet in Focus).