Science in society discussed with my father: A parting editorial in the form of a dialogue 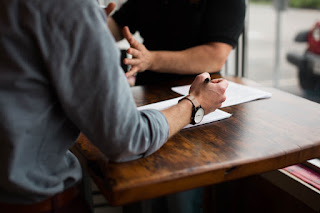 A studio in Tuscany, late afternoon. Dad enters the room.

Hi son. I just dropped by to say hello, but I can see you’re working. What are you up to?

Well you know, I have been the editor of a journal, ‘Public Understanding of Science’. It’s been 3 years – I’ve told you quite a few times now.

Hmm. I suppose one possible answer is: misunderstanding is actually a form of understanding. With ‘understanding’ we do not mean understanding the actual technical content of science. We actually mean ‘making sense of science’, putting it into the broader social, political and economic context.

I do agree with you in some sense. Probably some of my colleagues would prefer a more general title for the journal, like ‘Science in Society’. But ‘Public Understanding of Science’ reminds us of the history and tradition of our field, which is also important.

That doesn’t really answer my original question. Why do so many people resist science facts and truths? You have been there reading, selecting and commenting on the papers of your colleagues for so long. Shouldn’t this be obvious to you by now?

Dad, I think you are actually asking more than one question at the same time. If your question is: ‘do people mistrust science and scientists?’ The answer my colleagues have been giving for the past two decades is: no, they don’t. Science has been, and is, a highly respected domain of activity within society. And so are scientists. Most people regard scientists as much more trustworthy compared to other categories like, say, politicians or business actors.

I think you might have been wasting your time. Haven’t you read the papers? Haven’t you seen any social media recently? People are sceptical about vaccinations, GMOs, climate change, nuclear energy … anything that science proposes or suggests, you name it, they oppose it!

Hold on, dad. As I said, you are mixing up different questions here. Let’s take nuclear energy as an example. Citizens may have the highest consideration of nuclear physicists and engineers and of their knowledge. At the same time, they may think that nuclear power is not the best option for their country for a number of reasons: because they are worried about long-term costs of waste disposal, about potential geological risks, about political and institutional instability. Do you agree?

Um … yes, I suppose that’s possible. But what about vaccinations? People prefer to expose their children to enormous risks rather than believing the basic science facts. How do you explain that?

Considering you spend all this time writing, there should be one here. Where do all the pens go? That’s actually one of the greatest questions to be solved … maybe you should have studied this, rather than your … ah … understanding.

Don’t worry, I found one. Let’s write down a few numbers. First of all. Do you know how many people firmly oppose any compulsory vaccination in this country?

That’s not possible! I keep reading ridiculous things about vaccinations.

Well, there certainly are a very vocal minority, particularly on social media. There is a significant proportion of people who think only a very limited number of vaccinations should be compulsory, and for the others it should be up to the individual to decide.

Ah ha! I was right! This must be because they are ignorant. How can the individual decide about this sort of thing? We’re not talking about food preferences are we? Facts are facts, and Science is the same at every latitude!

Dad, are you a ‘Deficit model’ believer?

Excuse me? I might have some memory lapses now and then, but my brain still works perfectly well.

Well, this deficit, or whatever you call it, sounds quite reasonable to me. ‘I know what I like, and I like what I know’ … was that the March Hare from Alice in Wonderland?

Maybe, or maybe it was Peter Gabriel from Genesis. Anyway, the deficit may appeal to you, but my colleagues have spent years proving that the equation more communication = more knowledge = more support simply does not hold. Actually, the opposite is sometimes the case. People who are more knowledgeable can actually be more critical. And then highly positive attitudes and optimistic expectations towards areas and applications of science are not necessarily linked to greater factual understanding.

I see. That’s not very encouraging. Still, I wonder … if that’s the case, why does anybody bother?

There are plenty of reasons for communicating science other than persuading people to embrace a certain technology. Cultural reasons, for example. People can enjoy a science lecture just as they enjoy an art exhibition, or a novel. Today, research institutions and scientists increasingly see discussing their research with the public as part of their duties, and also as an opportunity to be more visible.

I do enjoy watching TV programmes about science, and a friend also sent me a link to a YouTube interview with that famous scientist … what’s her name? I guess she’s a Nobel laureate. You must know who I am talking about, you’ve been studying the Nobel Prize for years.

Well, there are many who are active on social media. This is actually not a new phenomenon.

Are you talking about the Internet? Because that’s definitely something new for my generation …

No, I am talking about scientists’ public exposure. In late nineteenth century and early twentieth century, there were already ‘science celebrities’. Some of their public lectures and books were very successful, a real commercial phenomenon.

Yes, of course, I still remember some of them. Albert Einstein, for example.

Right. Of course nowadays the media landscape has changed. Opportunities to directly engage with the public are now potentially available to anyone in the field of research.

That sounds good to me, son …

Well, that’s an exciting opportunity for sure. But some are prepared for such a task, and some are not. Unfortunately there is still a widespread belief that science communication is easy and straightforward, and can be improvised by anyone who knows some specific content, without bothering to understand the other terms of the equation, for example, the media and the public – or if you wish, society.

Funny: scientists who don’t bother to understand equations. So your journal title should be rephrased from ‘Public Understanding of Science’ to ‘Understanding of the Public by Science’.

I guess I’ll pass on your proposal to the next editor.

Anyway, after almost 30 years, you must have come to a conclusion about how best to communicate science …

But what does that mean?

Effective to do what?

To communicate science! That’s what we’ve been talking about for the last half an hour.

But ‘communicating science’ encompasses a huge variety of situations. If we define it as ‘society talking about science’ (where society obviously includes scientists as well) or ‘any social conversation about science’, you immediately see how broad it is: a variety of TV programmes, news stories, science cafes, fiction with science content, discussions on social media …

Yes, it is. And it is not just a question of different media. The context of science communication also matters: for example, how salient is a certain science issue; how mobilised the public already is; how visible and credible are science institutions and actors involved; the degree of controversy/disagreement among science experts.

Disagreement among experts? Scientists outside the mainstream are just crackpots, not real scientists.

Well, in some cases there are significantly different interpretations by respectable researchers.

Actually, that reminds me of something I saw on TV about a group of physicists who raised doubts about the actual detection of gravitational waves.

There you go! What I’m trying to say is that in these situations the point for us is not establishing who’s right, but to look at the implications for the general public. Some decades ago, most of these disagreements would have been inaccessible to non-experts.

Perhaps it would be more useful to think of it as a table, rather than as an equation, with every element identifying a science communication situation/context as a combination of variables.

That’s getting a bit complicated … why don’t we just spread the science? That’s the essence of science communication, after all.

No … and yes. What you just mentioned is a rather specific version of science communication. It is the linear, top-down, unproblematic, uncontroversial story: scientist X has discovered Y, and it works like this.

But you said before that’s the Deficit. And you didn’t seem to like the Deficit too much.

No, no, you’re getting mixed-up. Let’s call it ‘Popularisation’. ‘Deficit’ incorporates an ideological element, in the form of assumptions about the public, science, and communication processes. Although of course its meaning may vary in different historical contexts, Popularisation does not necessarily share those assumptions. Popularisation is science communication in times of peace, so to say.

That’s all very well, but what do we do in times of war?

There is a war on science, don’t you see?

Oh … I see. Um, well … I think we should be careful with such labels and really study trends in public attitudes to science. Some of my colleagues actually think that the more you call it a ‘war on science’, the more opinions will polarise and conflicts about science increase. This is called ‘framing’.

Framing eh? Interesting … So, this is what your journal is about: you don’t provide recipes for science communication, but you raise questions, some are actually interesting questions.

I suppose that is one way of looking at our journal.

Talking about tables and recipes, it’s time to make dinner. Would you prefer a deficit risotto, or a popularisation pasta?

I leave it up to you, dad, you’re the expert. You see, I have a lot of trust.

You have? I was hoping you would be more … what was it you said? More engaged … in the definition of the menu.


The editorial was first published on Public Understanding of Science
Author’s note
The characters in this dialogue are, of course, fictional. My father has been an avid reader of popularisation and science books for many decades. He probably knows more about science communication than I do.