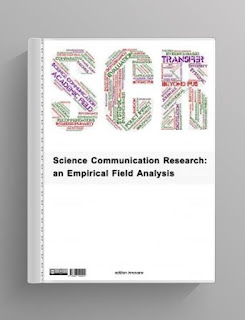 Just like other research fields coming of age, science communication may ask itself which patterns have characterised its development over the past decades, which topics and methodologies were particularly often used, and what this can tell us about the strengths and weaknesses of the research field. An in-depth empirical analysis has explored exactly these questions. The results were recently published as a book, which also comprises reflections by the world’s leading science communication scholars about the field’s future needs and perspectives.

The study triangulates a bibliometric and content analysis of approx. 3,000 journal papers with a multi-stage panel study and a review of grey literature spanning four decades. Quantitative findings from the journal analysis (e.g. about disciplinary contexts or topics, research methods, data analysis techniques used) were discussed by a panel of 36 science communication researchers in a multi-stage series of qualitative interviews. These experts represent the international and disciplinary diversity of the research field, including past and present editors of the most relevant journals of science communication such as PUS (Sage).

The study provides evidence that Science Communication Research (SCR) has ‘matured’ as an academic field. Not only has the absolute number of journal papers on SCR increased significantly over the past four decades, particularly in the last 15 years, but this is especially the case for research studies, compared for instance to commentaries and essays. The proportion of research studies has steadily increased over time (particularly with the advent of PUS in 1992), from a median of 24% in 1979-1999 (7 studies in total) to a median of 37% since the year 2000 (43 studies in total). The variety of institutions, techniques and disciplines in SCR contributes to its diversity but may also indicate a lack of a clear theoretical framing. 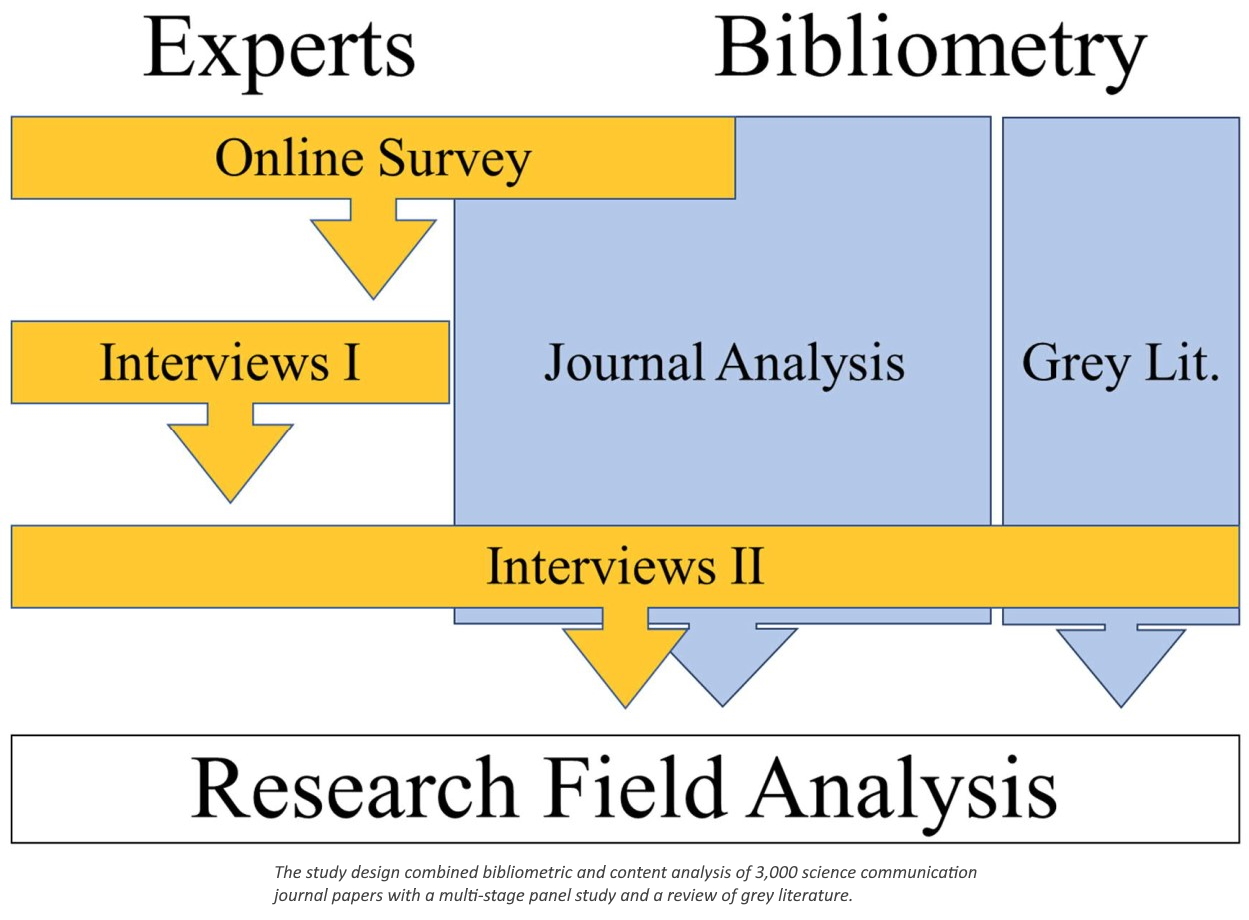 The original Anglo-American leadership in SCR has definitely been rendered ‘history’. Contributions are much more globally diverse nowadays. Overall, the long-established dominance of US and UK institutions still has its legacy: every single one of the top-20 institutions with the largest SCR outputs over time is located in the US or the UK, except for the University of Amsterdam (The Netherlands). The data clearly indicates a ‘long tail’ pattern here (i.e. comparatively few very productive institutions and then many equally much less productive ones). Prior to 1995, institutions from fewer than 10 countries contributed to the three core SCR journals in any one year. Since then, this number has increased steadily and peaked in 2014 with articles written by authors from 37 different countries. Particularly the share of publications by authors from Europe has increased: figures for the past five years of this data analysis (2012-2016), show Europe (51%) well in front of North America (29%).

Philanthropy-driven funding programmes for SCR are quite common in the US and the UK, but much less so in most other parts of the world. A first major SCR funding programme outside of the Anglo-American world, is the one on the “Science of science communication” and the transferability of research into practice, launched in 2020 by the German Volkswagen Foundation (“Science communication cubed”).

Our study points towards five ‘Grand Challenges’ that SCR is facing:

Experts interviewed and research literature analysed in our study, also indicate how and why SCR falls short of addressing these Grand Challenges, summarised in these four clusters of research gaps:

To address the above-mentioned challenges and gaps, our study also makes a number of recommendations for adjusting the research agenda in science communication, for instance towards future funding schemes.

As a ‘proof of concept’, many conclusions and recommendation from our study are comparable to previous (non-empirical) attempts to summarise the historic development of the field, such as Bucchi & Trench’s introduction to their collection of “Major Works” (2016), and the U.S. National Academy of Sciences’ (NASEM) report on “Communicating Science Effectively” (Hall-Jamieson et al. 2016).

Watch the Webinar from  with Ayelet Baram-Tsabari, Emily Dawson, and Bruce Lewenstein (18 Jan 2021) 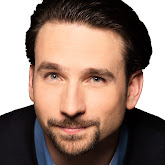 Professor Alexander Gerber is Programme Director for Science Communication at Rhine-Waal University in Germany, and Research Director at the non-profit Institute for Science and Innovation Communication (inscico). Professor Gerber was Project Lead for the Research Field Analysis described in the article above. The spectrum of his research crosses what is often seen as the divide between scholarship and practice, working towards science communication as an agent of social innovation.
Together with Dr. Eric Jensen, he established the “Evidence-Based Science Communication” school of thought (2020, see the Manifesto published at Frontiers). Professor Gerber coordinated a pan-European initiative that led to a joint declaration on “Mainstreaming Responsible Research and Innovation” (published in the Journal of Responsible Innovation, 2020), based on his initial reflections on “How to ‘mainstream’ the ‘upstream’ engagement” (Journal of Science Communication, 2018).
The author is an elected member of the Scientific Committee of the global science communication network PCST (Public Communication of Science and Technology). He serves as a member of several Advisory Boards and is engaged in the associations EASST, iSMA, and IAMCR.
Professor Gerber can be reached via LinkedIn, and his Twitter handle is @inscico.
His Open Research ID (ORCID) is 0000-0002-9737-1267.