Diverse public in Africa: the main challenge for Scicomm

In the vast continent of Africa -which includes 54 countries- different cultures, languages and social contexts converge. This diverse audience demands specific formats and language to engage with them. 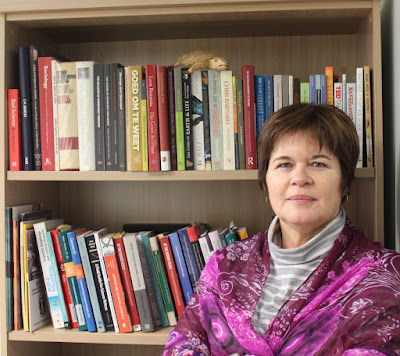 Marina, what have been the main challenges in sharing science information about Covid-19 in South Africa and Africa?

I can really only speak from the South African perspective. As usual, the challenges in communicating information about Covid-19 are related to inequality and diversity in the country. The issue of diversity relates to vastly different education levels, high levels of illiteracy and many different languages. More recently, high levels of misinformation and pandemic fatigue have also added to the challenging communication environment.
How people (and media) react to the lockdown measures in South Africa?
South Africa implemented its lockdown far earlier into the trajectory of infection than other countries did, a decision that must have been difficult given considerable uncertainties about how the disease would play out in the country, and the realisation of what lockdown measures would do to an already faltering economy. When President Cyril Ramaphosa announced the first lockdown to start on 26 March 2020, the media generally cheered him for rising to the occasion and taking bold action before Covid-19 had spread significantly in the country, pointing out that he fared far better than leaders in the UK and USA. One of the reasons for the widespread support for a nationwide lockdown were fears about what would happen when Covid-19 took hold in South Africa’s many, vast informal settlements and townships where people lived in crowded shacks and where many already battled with immunocompromising conditions like HIV/AIDS and TB.

However, the lockdown – and communication about the pandemic in general – were complicated by the social inequalities in the country and its implications for poor communities.

For example, the order to "stay at home" has a very different meaning, depending on your societal status in a very unequal society. For some, it meant a comfortable house with a well-stocked fridge and pantry and online connections. For others, it meant being confined to a make-shift shack, often without plumbing, electricity or running water, bare cupboards and options for online homeschooling. Not being to stockpile food and other supplies and left without transport, poor people would bore the brunt of lockdown regulations. Thousands of informal traders, selling flowers, foods and other goods on sidewalks, would be left destitute and homeless people were left in limbo, as were thousands of undocumented migrants and asylum seekers.

Economists were quick to point out that the South African economy was already on the brink of collapse before Covid-19, and that the impact of the lockdown regulations would be dire. This is because most South Africans depend on economic activities, for example, street vendors, for their daily survival and have no savings or safety net to fall back on. It was soon clear that the lockdown regulations and the closing down of South Africa’s economy could also have fatal consequences brought about by unemployment, poverty, malnourishment, hunger and increased violence in streets and homes. Millions of South Africans are living below the breadline, and with school feeding programmes stopped during the lockdown, hunger became a factor that could outweigh the fear of a virus for many. Across the country, soup kitchens were organised to provide long queues of people with at least one meal per day.

For these reasons, South Africa’s lockdown got off to a great start, but public support was quickly eroded as evidence of government infighting and power-grabbing began to surface and South Africans were dismayed by the heavy-handed enforcement of lockdown regulations and abuses of power by law enforcers. Growing concern over the devastating economic impact, coupled with inconsistent messages and communication blunders on the part of various ministers, added to public opposition.

What do you think is the biggest opportunity for scicomm in developing countries?

Looking at examples across the African continent, especially in South Africa and Kenya, we see that there is a general ‘hunger’ for scientific information and a willingness on the part of communities to engage with scientists about ongoing research and new advances in research. I think that research funders can make a significant contribution by including public engagement in their research funding grants. This is already happening for some funders, such as the Wellcome Trust. Now that science communication practice is taking off, we also need to develop science communication research, in order to ensure a solid evidence base for public engagement in Africa.

Can you identify some particular characteristics of African audiences? Can you give some key points to engage Africans with science?

I think it is dangerous (and unwise) to generalise African audiences. Africa is a diverse continent and there are many cultures within each of the nations that make up Africa. However, in general, I think that public engagement – based on respectful dialogue between researchers and public groups – is an approach that works well. It is important that researchers should know their audiences and respect the local wisdom (or indigenous knowledge) of the groups they engage with, and that scientists must truly accept that they can learn from their audiences. Scientists (and universities and other research organisations) need to understand that public engagement is not about persuading your audience or promoting your research, but truly engaging with them in mutually beneficial and meaningful dialogue.

I think we can also learn from scientists in Africa who are emerging as iconic (and successful) public communicators. I have analysed, for example, why Prof Salim Abdool Karim became the trusted voice of science during the pandemic in South Africa. I found that the combination of ‘credibility’ and ‘warmth’ is essential.

In 2015 South Africa announced an ambitious public science engagement strategy. What do you think have been the main achievements of this strategy?

What would you like to see African achieve as far as Science Communication is concerned in the next 5 to 10 years?

I hope that science communication (and public engagement) will continue to mature as a field of practice, but also that we will see many more universities investing in research and teaching in this field. It would be wonderful if African students who go on to postgraduate studies could all receive some public engagement training, but there should also be options for students to specialise in public science communication as an academic discipline.

What should Africa do to promote science communication as an important career?

I think networking and recognition will go a long way, as well as education and training that is certified and offered within academic institutions. We need to develop and recognise science communication practice as a profession, possibly by an African-wide network and by creating norms and standards for effective, ethical and responsible public science communication.

Sofía Villa is a Colombian journalist, specialized in science reporting and academic dissemination. She is the author of the Scicomm Interviews series on PUS Blog. She's actually attending the Master in Communication of Science and Innovation at the University of Trento.