Science outreach through social media: an experience from Colombia

To explore new perspectives for science in social media, we talked with Astromaiky, a Colombian astrophysicist who started a career as a science influencer.

Throughout his profiles on Instagram (1.400 followers) and Tiktok (13.500 followers), he is building an environment to share science with short videos about physics, climate change, teaching, and astrophysics, engaging the public with fun and creativity.

We talked with Astromaiky about beginning a career as a scientific influencer and about engaging with young people using social media. 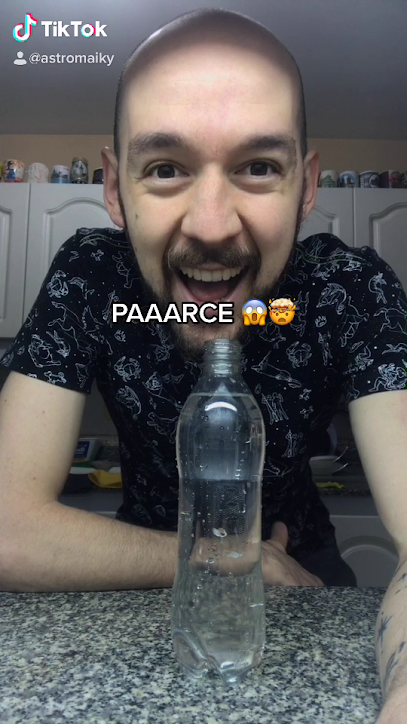 Why did you start doing science outreach on social networks?

Because I wanted to reach people and make them like science a little bit the way I like it.
That's why I tried to start with Youtube, which I already knew, but I fell in love with Tiktok because it has a spectacular power to reach younger people.
All networks have different audiences. In the beginning, Tiktok emerged as a network where there were a lot of people doing dances that went viral, but the popularizers are very creative and they soon began to produce one-minute videos, featuring dances mixed with textual information, to explain science concepts in an informal, relaxed, cool way - as I think it should be.

How have you acquired those skills that have allowed you to go beyond being a typical scientist and help you communicate, express yourself and connect with people? Do you think that anyone can do that, or are they skills you have to study and develop?

I believe that they are not mutually exclusive.
I believe that they are skills that have to be explored, developed and that you have to dare, but at the same time that "anyone can do it", just as I believe that "mathematics can be done by anyone" and that "anyone can do art", but that it depends on certain contexts, on certain experiences that people have had throughout their lives.
I was very skilled with mathematics since I was a child and I was a fool to draw. I don't understand what's going on in the heads of people who draw so easily.  I think on average, they can say the same thing about how it comes so easy for me to solve an equation or understand a science and physics concept.
So "yes, anyone can do it", but only thanks to specific experiences. In my case,  I have been developing communication skills since I was in school. I explained to my classmates those subjects that were, unfortunately, the difficult ones at school, I explained it to them and they understood me. Maybe they liked the fact that I always cheerfully expressed myself, smiling because I was explaining something that I really liked.

Due to the number of followers you have on Tiktok, have you thought about getting fully into this social network, or are you trying to feed and position your YouTube channel?

I'm not sure if the number of followers is the only variable to consider for determining success.
I was overwhelmed by TikTok, because I posted one video and had 300 followers, then another and got to 2,000. I posted the third one and reached 7,000. And that made no sense to me.
I started to study the networks,  to study this whole universe, and realized that this is how it works: Tiktok evolved to explode in a number of followers and that doesn't necessarily make a content creator successful, but it has an algorithm that gives you one or two or three videos to keep you hooked and keep you doing it.
I have videos that have over 200,000 and 300,000 views, and I have 13.000 followers. So it doesn't work only with the number of followers. Of course, I'm not saying that the number of followers is not important, but it's not the only variable to consider and it's not the most important.
Many people say I am an Instagrammer, I am YouTuber, I am TikToker and I don't want to decide; I want to create a universe of @astromaiky that will open doors for me in different spaces, with different audiences, and different formats. I would think that my goal is more YouTube, but mostly because I want to make a living from communicating science and YouTube, for now, offers a clearer picture of how to monetize.

Have you developed a strategy for uploading content to your networks, how do you choose the topics you want to cover?

I am super rebellious. I'm not eager to do what everyone says you have to do, such as: making a video per day, post it at certain times of the day or night, using specific hashtags... I like to go against the current.
I want to get more views because I like to communicate what passionates me,  but at the same time, I have decided to take care of my mental health from now on because I have also learnt that content creators often suffer from anxiety and become depressed when constantly looking for likes and followers.
I am addicted to social networks and I want to create social networks content, so I am taking advantage of this addiction to make it, but with peace of mind, when and how I want.

However, there are some tips that work.
For Tiktok, the first thing is not overthinking, but taking advantage of the ideas, recording it and putting it together. It doesn't matter if it's not during rush hour and if it's going to be liked or not. You don't have to feel bad if the video didn't get likes. That is, if you have the discipline, do it. If you feel like making a video a day and posting it at 9:00 p.m., do it. I'm not saying don't do it because that certainly works, but I don't think it's the most important thing. I think the key is simplicity. And simplicity doesn't mean easiness. It doesn't mean fast. It doesn't mean that it lasts a little bit, but that it catches in the first three seconds. So starting close to the camera works, the screams catch, the mistakes catch. My mom sometimes says to me when she sees my Tiktok, "Why didn't you re-record it if you made a mistake?" And I tell her that's the way people like it because they laugh at that mistake and I get their attention back. Secondly, people like to see the face of the person speaking. That suits me, not because I'm cute but because I'm very expressive.

Has showing science in a simple way worked for you?

If you can make an analogy, you catch; trick questions also catch. So it's good to generate those everyday things or things that attract attention, for example, for Tiktok I don't write a script, I improvise. Many times I have to repeat them several times until I get the improvisation right. But I do prepare that bit of content, of analogy, I think about it a lot before I know what I'm going to publish. Then, one of the videos that went viral was a video in which I was explaining how to carry a cup of coffee and I started to explain how the pendulum movement worked, but I ended the video saying how to pick up a cup of coffee the next time to prevent it from spilling, and that was very popular.

How do you see the outlook in Colombia for science outreach through social networks?

There are very few people, and it is unexplored terrain. In Colombia, there are a few people who are just starting, like me. In contrast, worldwide there are many, but generating content in English... in Spanish there is little. I want to contribute to the growth of the science outreach community through social networks in Latin America, in Colombia. In addition, I think there is an opportunity to build a community of science outreach around those hundreds of millions of people in Latin America.

What projection do you see for Tiktok in terms of scientific communication? What can be done there in terms of dissemination?

I have learned something from being a teacher and studying teaching and that is that it does not make sense that the only goal of teaching is for the other person to learn that specific concept. Traditional teaching is not effective. Students do not learn when the teacher explains clearly. Students learn when they want to learn and when they study on their own. The teacher's role is not to explain. Their role is to motivate them to learn and to study on their own. Few people remember the teacher for the subject he taught, but for the way he did it, because he motivated you to study. So, in that same sense, to expect people to learn with my TikTok is delusional. My projection is that people enjoy science. I want to tell people about science and if any of the people who see me go to Wikipedia to look up the concept and start studying it on their own, that is an achievement. I want to motivate people. I want the young people who are watching me today to talk about science.

In your content, don't use jargon or formulas, is that your strategy, have a common and pleasant language?

Remember I said I'm a rebel? I haven't done that yet, but I want to do it. I want to try to explain formulas, generate appropriation of those calculations to see what happens.

Another thing I want to maintain is not forgetting where I am from, speaking with my accent, using words and expressions from my city. I want the world to see where I am from, I want to be very Colombian. I don't want to have a neutral Spanish. I want to give that touch. Let's see how I do. I have done it and people ask me the meaning of the words I use, so I answer calmly in the comments. But obviously, I want to make myself understood, so I subtitle the videos even when speaking in Spanish.

Sofía Villa is a Colombian journalist, specialized in science reporting and academic dissemination. She is the author of the Scicomm Interviews series on PUS Blog. She's alumni if the Master in Communication of Science and Innovation at the University of Trento.