Dialogue on the climate and nature crisis

Numerous scientists’ warnings of a climate and nature crisis have been issued in recent years, specialised warnings as well as general accounts. My Public Understanding of Science essay 'Climate and nature emergency: from scientists' warnings to sufficient action' starts with a survey of these warnings.

The scientists have achieved considerable success in convincing the world that extreme terms like mass extinction event, climate crisis and climate emergency are justified. There are also many good technical proposals which, applied correctly, could contribute significantly to a turning away from a collision with nature.

But in contrast with the spate of warm words from political and business leaders, the actions taken by human culture as a whole, to curb the depredations and repair the damage, are no more than a dribble. The most that can be said for the effect of the scientists’ warnings is that, without their intervention, the increase of emissions, etc., would have been even greater.

This blog and the essay address the fact that humanity’s main problem is no longer overcoming the deniers. It is how to respond with sufficiently strong and rapid actions?

Of those two tasks, the first was something that scientists could achieve, and they did. The second task, actions that transform humanity’s impact on the living world (including ourselves) from malign to benign, falls to everyone able to help. The qualification ‘able to help’ is important.

People with agency here means all people able to listen to the scientific testimony and able to do something constructive about it. There is a relatively small empowered political and business class who have the greatest agency and bear the greatest responsibility for the present state of affairs and for the timid corrective steps. There are many more who enjoy education, security and time to hear the warnings and to do something about it.

Then there is the much larger number of people with little or no agency. These people face obstacles to becoming engaged with the climate and nature warnings. The obstacles are of several kinds. Most obviously, there is poverty and oppression. If you are dirt poor or in danger, your priority is dealing with the present.

Other ways of being without agency are less obvious or dramatic but nevertheless real. Chronic overwork is an example. An ethic which declares that hard work is virtuous in itself is widespread. It is difficult to discuss with those in thrall to this ethic the idea that blinkered overwork can be a distraction from more important things.

There is a further group with whom a ‘sustainability woke’ person finds it even harder to engage. That group comprises those whose have imbibed from birth the culture of unbridled consumption. The high level of consumption enjoyed by a considerable fraction of humanity, perhaps as many as one-third, does permit a very attractive life-style, to which it is easy to become accustomed. The poor would also like the chance to be accustomed to such a life-style. Who is to gainsay them?

Simply bringing an unwanted message to people has not worked. There is an urgent need for dialogue. Even that is difficult to start, since the likely scenarios are at best highly disagreeable and at worst utterly ghastly.

If a dialogue initiated by one party is to be sustained, it must be conducted respectfully. Further, the parties should aim to achieve mutual empathy. Trying to understand the world-view of someone with a radically different standpoint is scary. Might we be converted? Yet if we are not open to the new we cannot expect the other to be open. Seeking a mutually acceptable solution is better than simply attempting to convert.

If, in dialogue on the climate and nature crisis, a frank but non-alienating tone can be established, there is the possibility of mutually recognising the breadth of the problem, and of co-developing a sense of common interest.

Various methods of conflict resolution are indeed well-established, at the international and the Citizens’ Assembly levels. Sterling work is done but the commitment of the few is tragically unequal to the mammoth task.

Is there time for yet more talk? Of course we don’t want blah, blah, blah. But perhaps a way less travelled - persistent, respectful, empathic and hopeful dialogue - has untapped potential.

Read the essay: Climate and nature emergency: from scientists’ warnings to sufficient action. 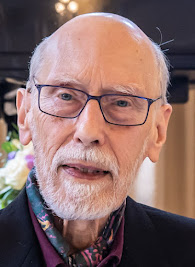 Alan Cottey [https://people.uea.ac.uk/a_cottey] is a physicist and a Senior Fellow in the School of Chemistry at the University of East Anglia. He has a long-standing involvement in scientists’ social responsibilities, having for example designed and convened a course for natural science students on ‘science, values and ethics’. Subjects on which he has written include nuclear physics education, Martin Ryle, economic language and economy change, the future of work, the modern and the postmodern.