Who is responsible for genetic talent tests?

In my recent publication, Testing the talented child: Direct-to-consumer genetic talent tests in China, in Public Understanding of Science, I examined how companies in China have marketed genetic talent tests to parents in China and how experts and parents debated the merits and demerits of using these tests. Companies promise that these tools can help them identify areas of innate talent so that parents can invest time, labor, and money into helping cultivating “quality children” amidst the backdrop of broader social anxieties. And while parents on online forums are often aware of the scientific shortcomings of genetic talent tests, those who opt to use these tests argue that even a slight advantage matters in China’s competitive college admissions landscape.

In this post, I extend this article by asking: Who is responsible for genetic talent tests? I argue that the answer to this question is consequential if the scientific community is to reckon with what its members decry as “off label” uses of their knowledge and technologies. Drawing on my broader research on the rise of precision medicine as a scientific program in China, I argue that there are several linkages between the country’s high-level push for precision medicine to the proliferation of genetic talent tests. 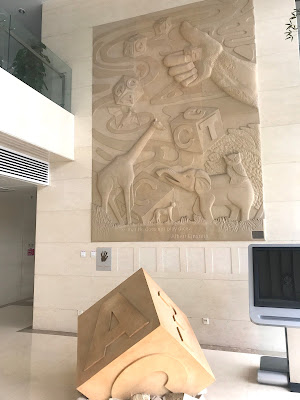 In the lobby of the Beijing Institute of Genomics at the China Academy of Sciences, art depicting the foundational role of genetics in shaping life. Photo by Larry Au.

First, companies integral to China’s precision medicine drive have been involved in projects with international scientific partners in the U.S. and U.K. on the “genetics of genius”. Such attempts to identify the genetic basis of intelligence have been criticized by researchers who work on the ethical, legal, and social implications of genetics. These studies of the genetic determinants of intelligence, critics argue, are rooted in long histories of racism, where biological determinism was used to justify the superiority and inferiority of different groups. The studies that correlate genetic markers to outcomes such as IQ or educational performance are in turn cited by purveyors of genetic talent tests to give their products an aura of scientific legitimacy, when in fact such broad generalizations are often suspect and statistically insignificant.

Second, when reacting to the proliferation of genetic talent tests, leaders in precision medicine were careful not to impugn the broader project of genetic testing. In recent attempts at mobilizing elite scientists to urge the public not to use genetic talent tests, China’s top experts have pointed to the need to let “the science mature”. While the results of genetic talent testing are not reliable now and are akin to “digital fortune telling”, precision medicine experts hint that such knowledge about the genetic determinants of intelligence may be attainable in the future when more studies are done. Instead of pointing out that such applications of genetic technologies—attempting to predict high and low intelligence—is inappropriate, elite scientists paint these uses of their knowledge as “off label”, eschewing their responsibility.

In short: genetic talent tests are a product of the current push for precision medicine, rather than simply a quirk, anomaly, or aberration. By paying attention to these linkages between supposed “legitimate” science and “off label” science, we reimagine responsibility in the context of scientific innovation. The hesitation in going further, to outlaw or crack down genetic talent tests should be read in the context of fears of cracking down on a potentially profitable industry and impugning the reputations of scientists involved in the broader project of precision medicine.

The rhetorical move to brand certain practices as “off label” science can also be seen in another case of scientific misconduct in China, with the case of He Jiankui and his attempt at human germline gene editing. When the controversy first came to light, scientists within China and globally decried He as a “rogue scientist” who went against the mainstream scientific opinion that such an intervention was scientifically and morally unjustified. The rhetorical move to cast He as a “lone wolf” or just another “Chinese scientist” can be read as self-interested: in order to distance the “good scientists” from the offending culprit. But, as subsequent reporting shows, He’s many ties and linkages to U.S. science suggest that responsibility for his actions could also be extended to his mentors, confidants, and collaborators beyond China. Again, by looking at how the label of “off label” is mobilized by various interested actors, we can imagine new responsibilities.

While the case of genetic talent testing may seem irrelevant or distant from the concerns of scientists located in the U.S., there are similar “off label” uses of genetic knowledge that have similar dynamics. One case that comes to mind is the startling rise in the use of polygenic risk scores for human embryo selection. As a recent Nature editorial argues, “The selection of embryos on the basis of these predictions is not yet supported by science”. While companies claim to help prevent common diseases, there is a slippery slope of using polygenic risk scores that will predict traits such as intelligence. This is similar to the case of genetic talent testing, as purveyors of these tests also blur the boundaries between recreational and health genomics. As such, scientists need to proactively prevent the use of their knowledge for these aims, and not default to the same excuse of “off label” science once particularly egregious uses of their technologies come to light. 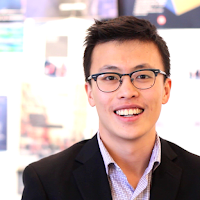 Larry Au received his PhD in Sociology from Columbia University in May 2022. His research examines the global spread of precision medicine as a policy idea and a scientific project, with a focus on its implementation in China. His other research examines the politics of expertise around Covid-19 and Long Covid. He will be joining The City College of New York as an Assistant Professor of Sociology at the Colin Powell School for Civic and Global Leadership in Fall 2022.